You are here: The museums of Quebec » Museum Corner » Stories and memories at museums: humanity at the heart of history

Beyond the very tangible heritage that exhibitions present, museums provide spaces that showcase people's personal stories. The past is therefore relived with a human dimension. Meet with those who have taken a trip down memory lane in order to share their memories and knowledge with you. And why not listen carefully for some intangible heritage?

At the Musée de la mémoire vivante in Saint-Jean-Port-Joli, memories abound, and you are invited to share your own! In fact, this museum has made intangible heritage the focus of its collection. It conserves thousands of audio, video, and written stories on hundreds of subjects – slices of life that reveal the cherished customs, know-how, and rituals of the people who have contributed them. These memories enable the transmission of yesterday’s trades and practices to future generations. Fishers illustrate eel fishing, a tradition that has been passed on in the region for centuries. Traditional song can be heard. This foray into collective memory may prompt you to ask members of your own family about their past! Why not add your voice to the museum’s collection?

The voices of individuals conveying tradition emerge from video terminals in the remarkable structure housing historical knowledge that is the Musée des maîtres et artisans du Québec. These contemporary artisans have decided to perpetuate traditional trades that have sometimes been forgotten. A basket weaver, blacksmith, longboat maker, sashweaver, ironworker, cooper, stonecutter, and clockmaker express their passion for these bygone trades – their inspirations and life paths. When you play the videos, it’s as though you enter into their workshops, their daily lives. You see them at work. Heritage suddenly takes on a life of its own. In this old Presbyterian church from the 19th century, these artisans find a customized repository for their echoing voices. 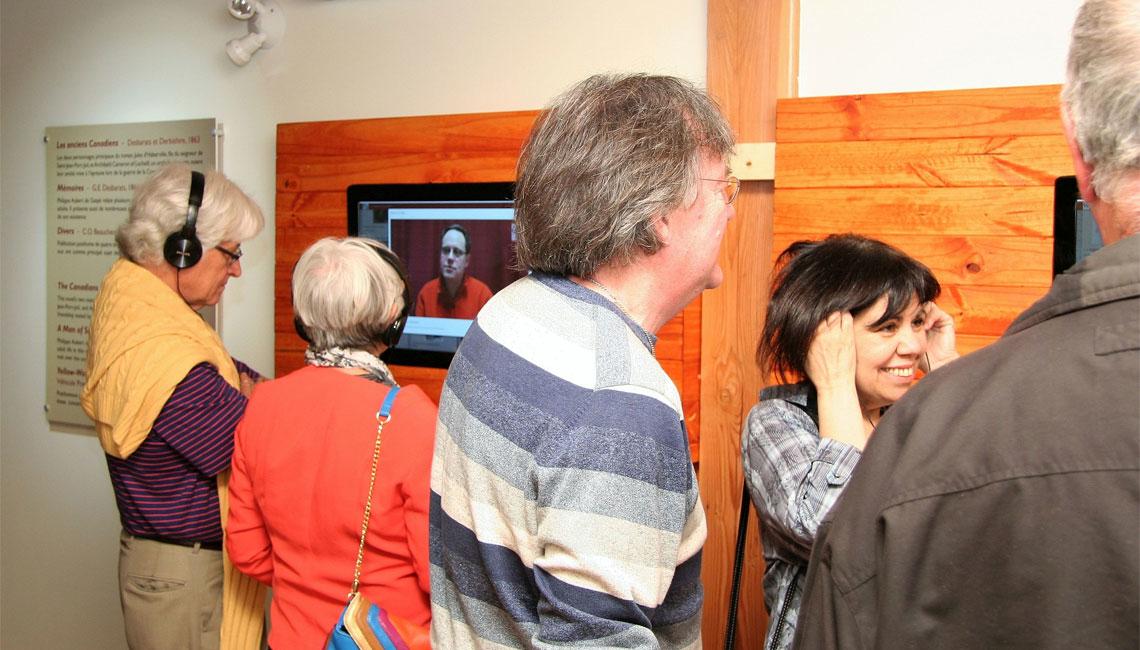 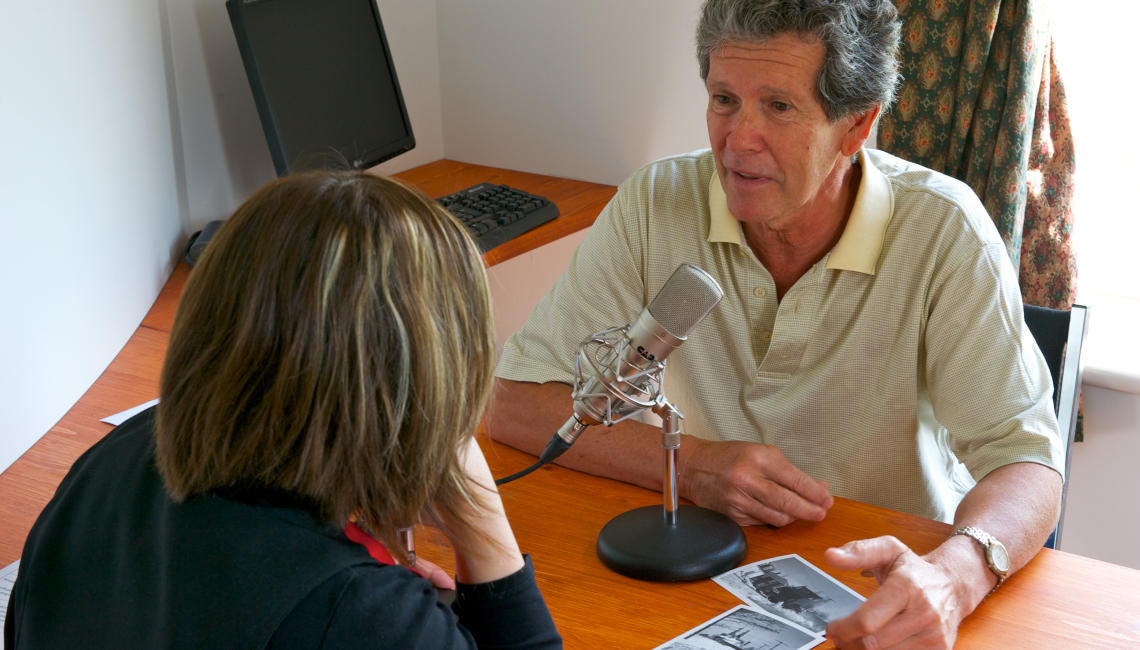 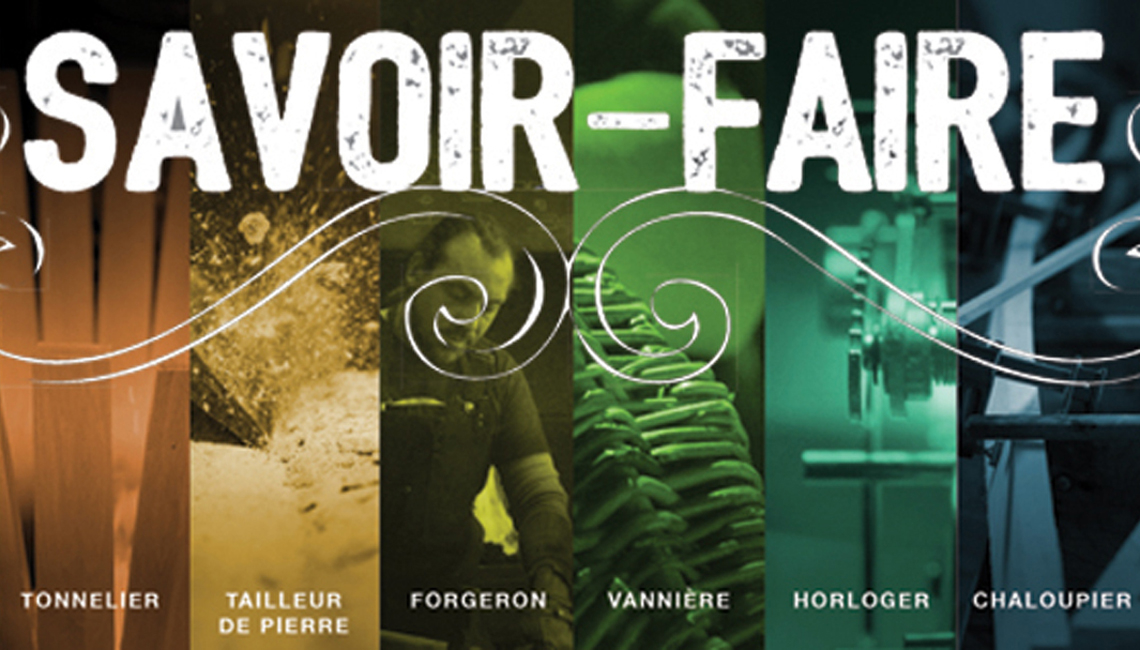 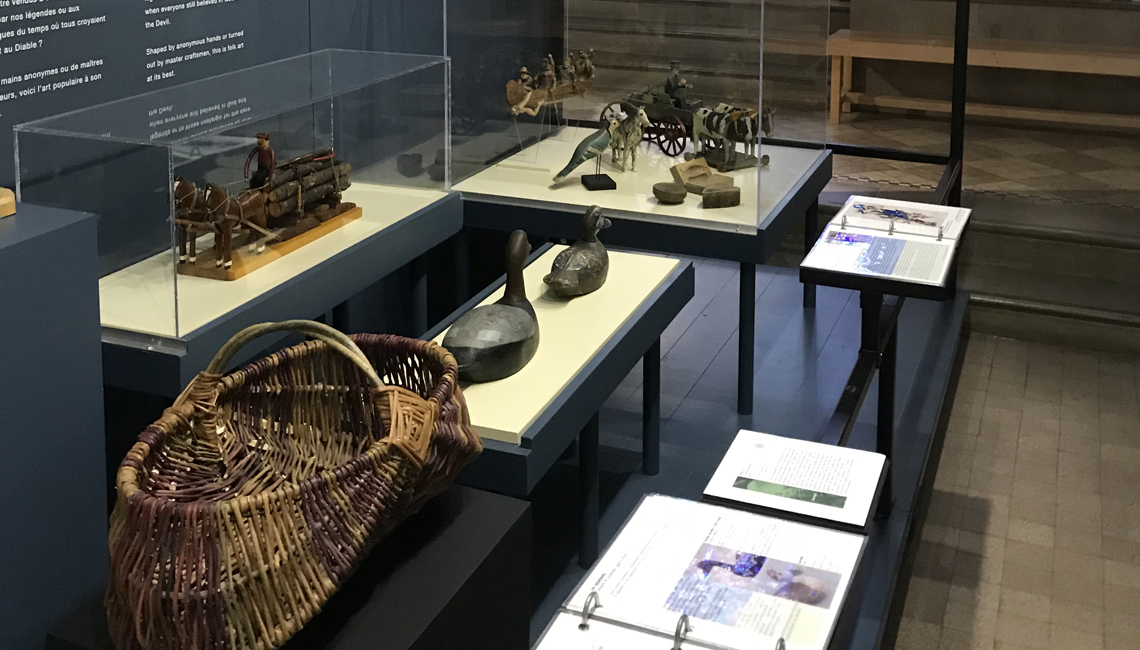 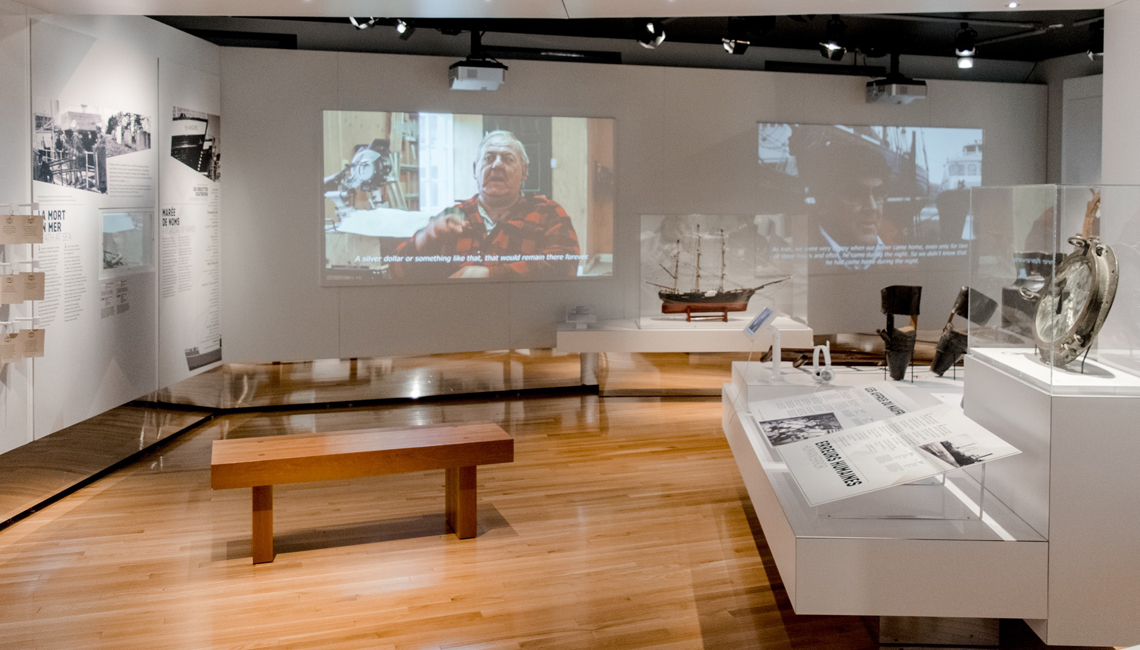 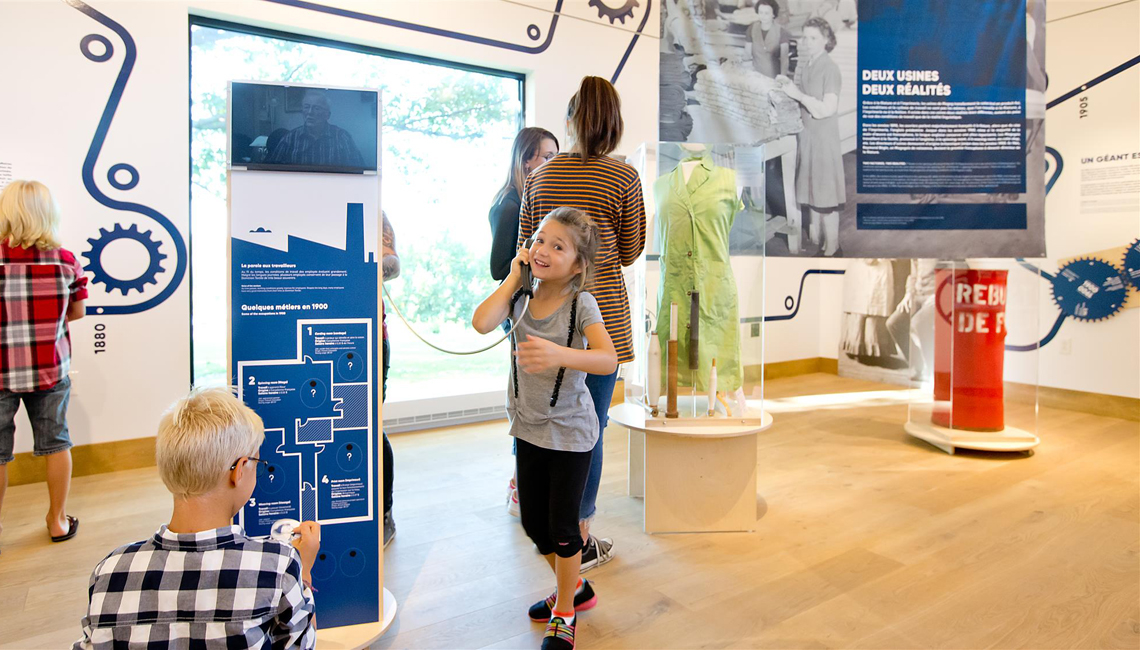 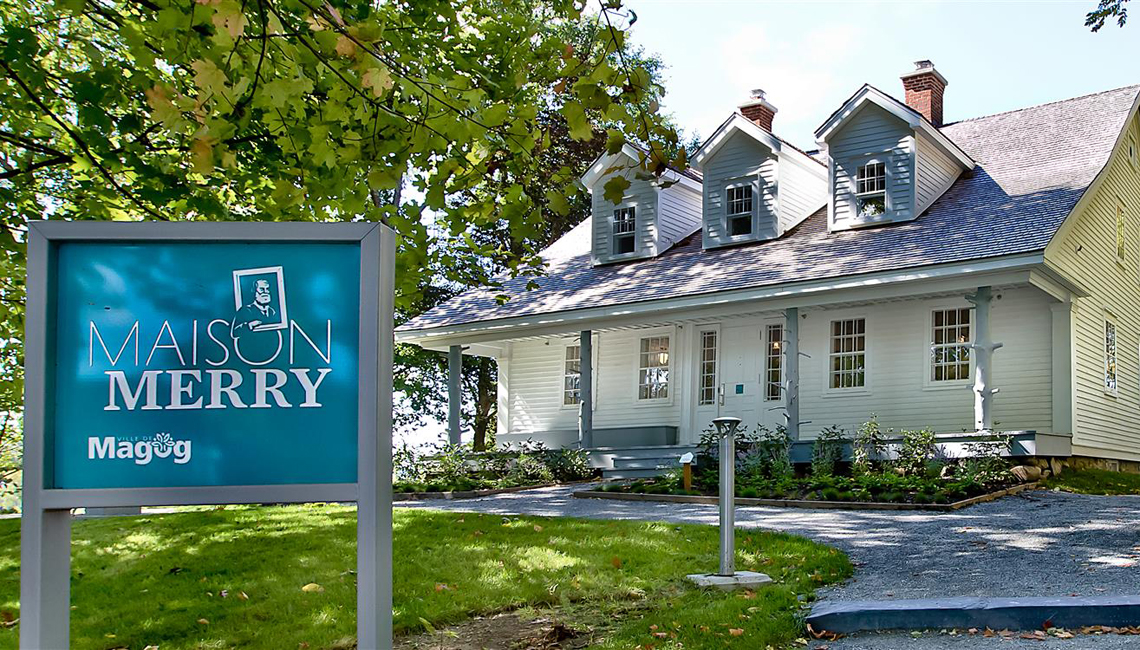 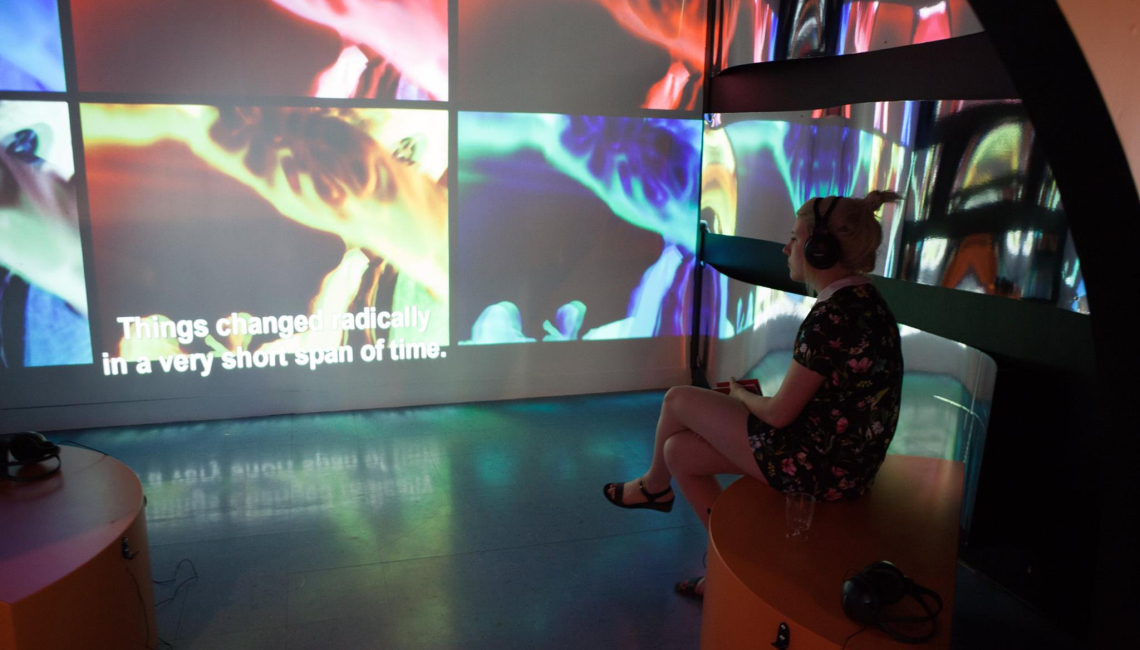 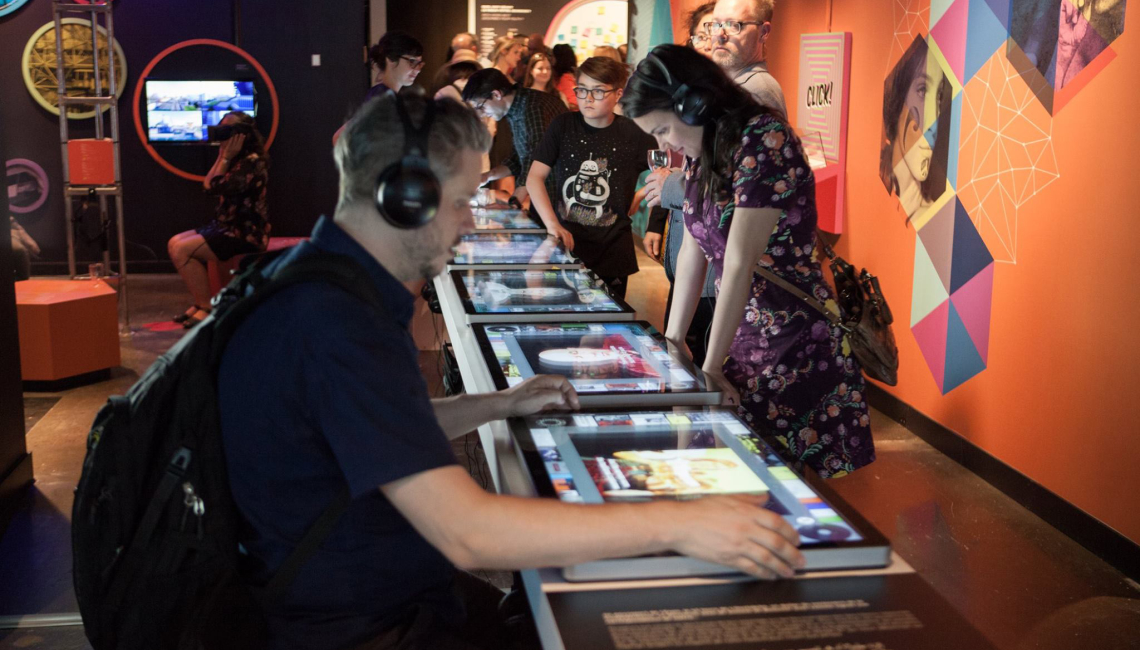 TALES OF THE RIVER TOLD BY MARINERS

In L’Islet-sur-Mer, the Saint Lawrence River provides an incessantly captivating natural show that spans all seasons. Located on its shores, the Musée maritime du Québec is dedicated to the majestic River and offers a permanent exhibition that moors the memories of the mariners of the region. Captains and pilots relay their stories about dangerous crossings and roaring seas, in which their lives flashed before them. These men and women also speak of more serene days. Sailors describe daily life aboard ships in confined spaces, which needed to accommodate an entire team. Superstitions, such as bestowing ships with female names for good luck, and not whistling on board are revealed. When you leave the museum, your perspective of the River will have been newly enriched with a human dimension.

INDUSTRY, AS EXPERIENCED BY WORKERS

Inaugurated in 2018, the Maison Merry constitutes a site of collective memory in Magog. It conveys the history of the municipality in a building constructed in 1821, which also housed 6 generations of the Merry family – founders of the city. Maison Merry’s first temporary exhibition (running until May 2020), My Life at the Textile, focuses on the workforce at Dominion Textile, a major factory of the region. Former members of labour teams speak about their experiences, tell their stories, and share their memories. Enjoy a trip back in time through their eyes! Local heritage is shown and truly resonates through these workers. What a great way to appreciate the past!

MONTRÉAL, AS SEEN BY ITS INHABITANTS

Expo 67, a flagship event of the late 1960s, is relived at the Centre d’histoire de Montréal through stories told by people who were in their youth at the time. An immersive experience conjures up memories for those who were there, and plunges others into the explosion of colours, textures, and cultures that characterized this remarkable Universal Exposition. Using cutting-edge technology, the Centre diffuses a wide variety of stories. In fact, this museum institution has long been distinguished by a participatory approach that emphasizes community and intangible heritage. The objective? To enable a discovery of Montréal through the daily lives and history of its population. The exhibit Explosion 67 – Youth and Their World celebrates both the effervescence of the time and precious collective memory. Relive the past – as if you were there...