Marked by Remembrance Day, autumn is a time to explore military archives and collections. These museums portray, in a direct and emotional way, the conflicts that have shaped our regions, borders and society. From national defence to peacekeeping missions, they trace a striking portrait of men and women who deserve our recognition. These guardians of memory serve as a faithful reminder that our individual and collective freedom should never be taken for granted…

Heads up! At the Musée Royal 22e Régiment

At the heart of the Citadelle in Québec City, the Musée Royal 22e Régiment’s rich collection of artifacts and archives highlights feats of arms, both at home and abroad, of the only Francophone infantry regiment in the country. A must-see exhibition, Je me souviens, relates the lives of soldiers who have served and continue to serve in its ranks, from World War I to the missions in Afghanistan.
A solemn part of the museum, the Honour and Memory Medals Gallery, features over 300 sets from the collection of orders, decorations and medals belonging to members of the Régiment. Interactive terminals provide access to the biographies of many medal recipients, thereby unveiling the men and women behind the distinctions. Prepare yourself for stories with troubling outcomes!

All hands on deck! – The Naval Museum of Québec

Nestled in Québec City’s Old Port, the Naval Museum of Québec that traces the history of the Naval Reserve of Canada awaits discovery. Put together by its Founder, Stanislas Déry, its collection is comprised of thousands of artifacts, not only housed in Québec City, but at the Reserve’s 24 units – from Newfoundland to British Columbia. Recognized as a reference in naval history and a pioneer in military museology, the Museum makes use of captivating stories and touching accounts to illustrate the peacekeeping work of Canadian sailors.

Did you know that our forces fought U-boots during the Battle of the St. Lawrence of 1942 to 1944? You’ll learn more on the subject while visiting Méandres, mémoires du Saint-Laurent en guerre, an interactive exhibition that sheds light on the River’s unknown past – that of the battles and lives of interior sea troops, from the time of Amerindian establishments to World War II.

Situated in Bagotville, in the Saguenay – Lac-Saint-Jean region, the Air Defence Museum is the only institution devoted to Canadian military aviation history in Québec. The Museum’s exhibitions highlight the challenges and peacekeeping processes in which Canada has participated, and continues to participate today.

Through augmented reality, State of Alert showcases the powerful aircraft that criss-crossed the sky during 20th-century conflicts, and Masters of the Sky celebrates airmen heroes, whose extraordinary adventures have marked Canadian military history.

Moreover, the Museum opens the doors for you to the only military base in Canada that is accessible to the public. Observe the preparation of fighter jets from Wing 3 close-up, and watch impressive takeoffs! 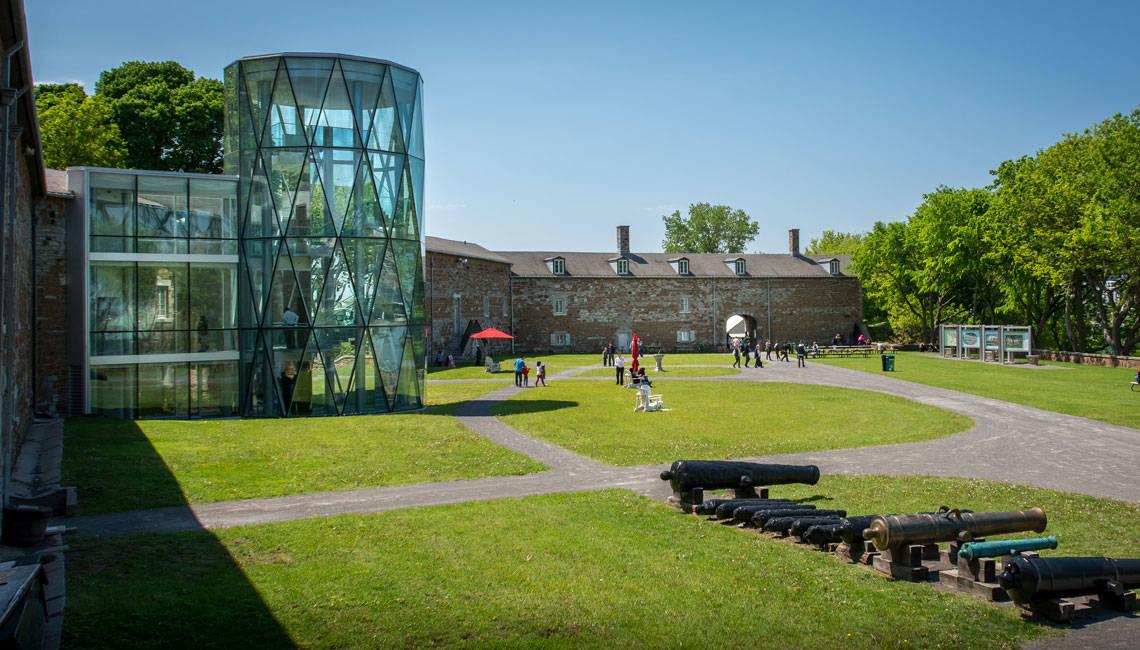 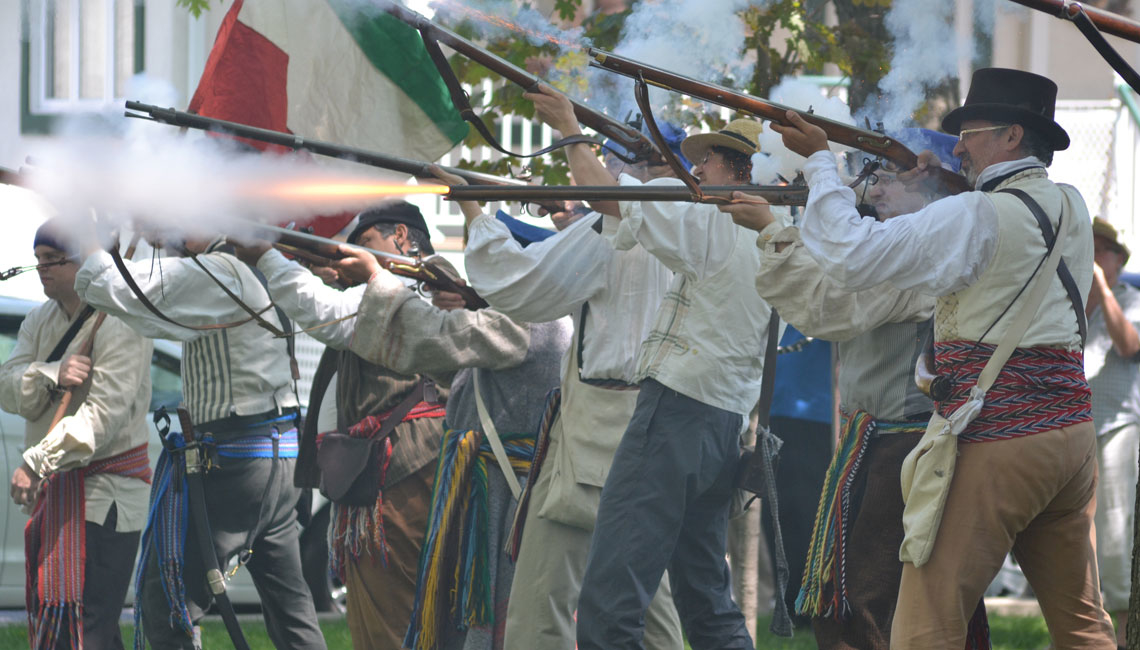 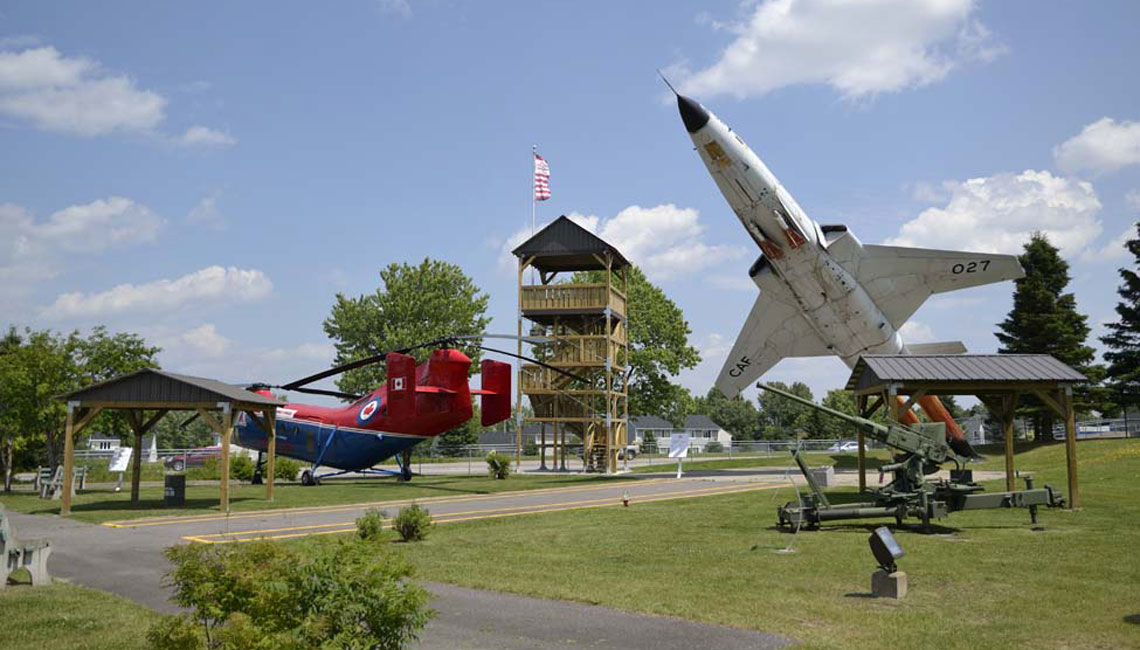 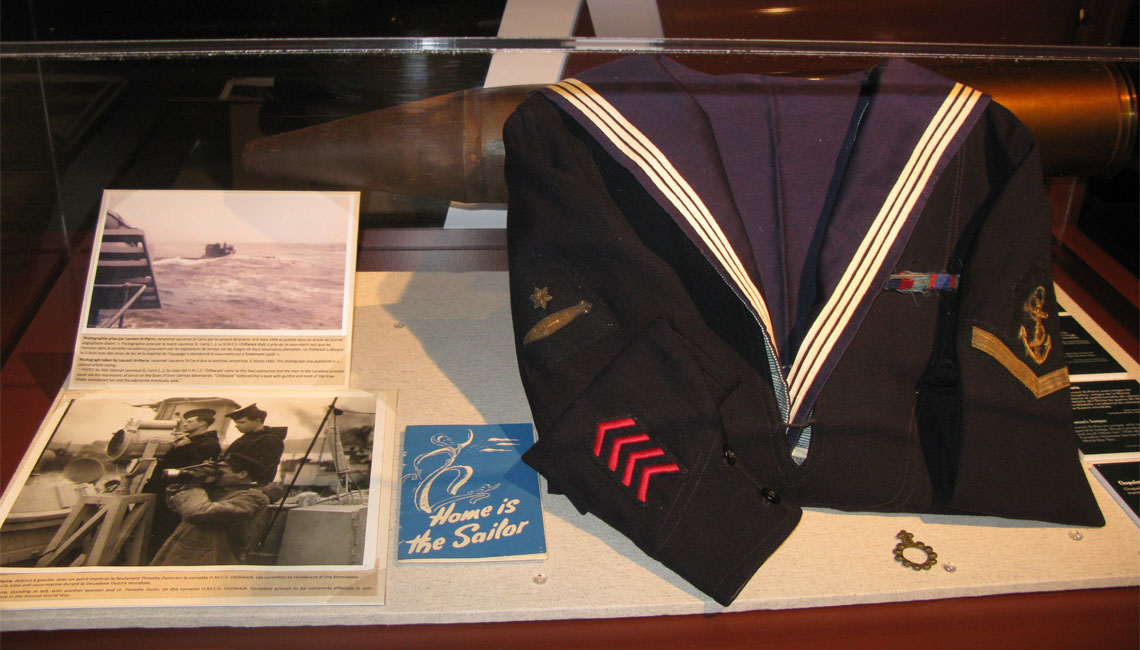 For equality and democracy – The Maison nationale des Patriotes

Located in Saint-Denis-sur-Richelieu, the Maison nationale des Patriotes takes us back in time two centuries, to when Lower Canada set the stage for a wave of opposition and uprising against the British Crown. Conscious of living in a continuously evolving world, thousands of men and women rose up against the unequal regime of the monarchy. Their desire: to establish a government that was “of the people, by the people and for the people.”

Inside patriot Jean-Baptiste Mâsse’s reconstituted inn, a voice is given to all the main players. Patriots and Loyalists on the one hand, local authorities and the British on the other – everyone presents their perspectives on these historic events. Relive their passionate debates, the engines of political change that marked the country at the beginning of the 19th century.

Do you know how to distinguish between conventional weapons and those used for hunting or target shooting? The Musée canadien de l’Arme et du Bronze in Granby presents an imposing collection of weaponry in magnificent period cabinets. It consists of swords, handguns and rifles dating from the 19th century to today.

Using a non-violent approach, the museum tells the weapons’ stories through their technological evolution and their representation in coins, stamps and works of bronze. The undeniable beauty of the panoply of instruments displayed invites us to reflect on their usage and control in today’s world.

Find the keys to freedom at the Stewart Museum

Ensconced in the exceptional natural setting of St. Helen’s Island, the Stewart Museum houses collections covering over 500 years of history in a former 19th-century British military complex. The site’s architecture evokes a period in which Montréal served as both a storage place and distribution centre for war materials, weapons and ammunition for British troops based in North America.

Plan your visit for a Saturday, so you can experience the Escape game at the Fort of St. Helen’s Island. Relive a little-known episode from Montréal’s World War II history, in which from 1940 to 1943, the Fort served as a detention site for 400 Italian merchant seamen and civilians who were considered to be prisoners of war. Your challenge: to escape from internment Camp S/43! In order to succeed, search for clues, bribe the guards of the Camp, find the keys and map of the tunnel… Your freedom is priceless!

For a better world…

Right next door to us, with its approach based on human war experiences, the Canadian War Museum in Ottawa remains a must-see institution. Its impressive collections of artifacts, artwork and personal stories illustrate wartime Canada, and remind us of the armed conflicts that have shaped our country, and those in which Canada has assisted its allies.

The enveloping silence in Memorial Hall sets the tone for paying homage to the Unknown Soldier. At the heart of Regeneration Hall, surrounded by high walls, and much like the statue characters at your sides, turn your gaze upwards to the Peace Tower symbolizing hope for a better future.